The turn of the 20th century along with the Arts and Crafts movement spawned what would be known as the Private Press Movement. This gave birth to printers providingexquisitely crafted texts and bindings, as well as inspiring the revival of many old style typefaces. The Kelmscott Press, Doves Press, and Village Press were three of the most prominent of these presses.

A key founder of  the Arts and Craft Movement was William Morris, a British painter, craftsmen, poet, and social reformer. Morris founded the Kelmscott Press in 1891 as a means of reviving the art and craft of making books.  For the press, Morris designed three types influenced by printers of the 15th century;  the Golden type, the Chaucer type, and the Troy type. Examples of his work, including decorative designs and typeface may be found in Archives and Special Collections. 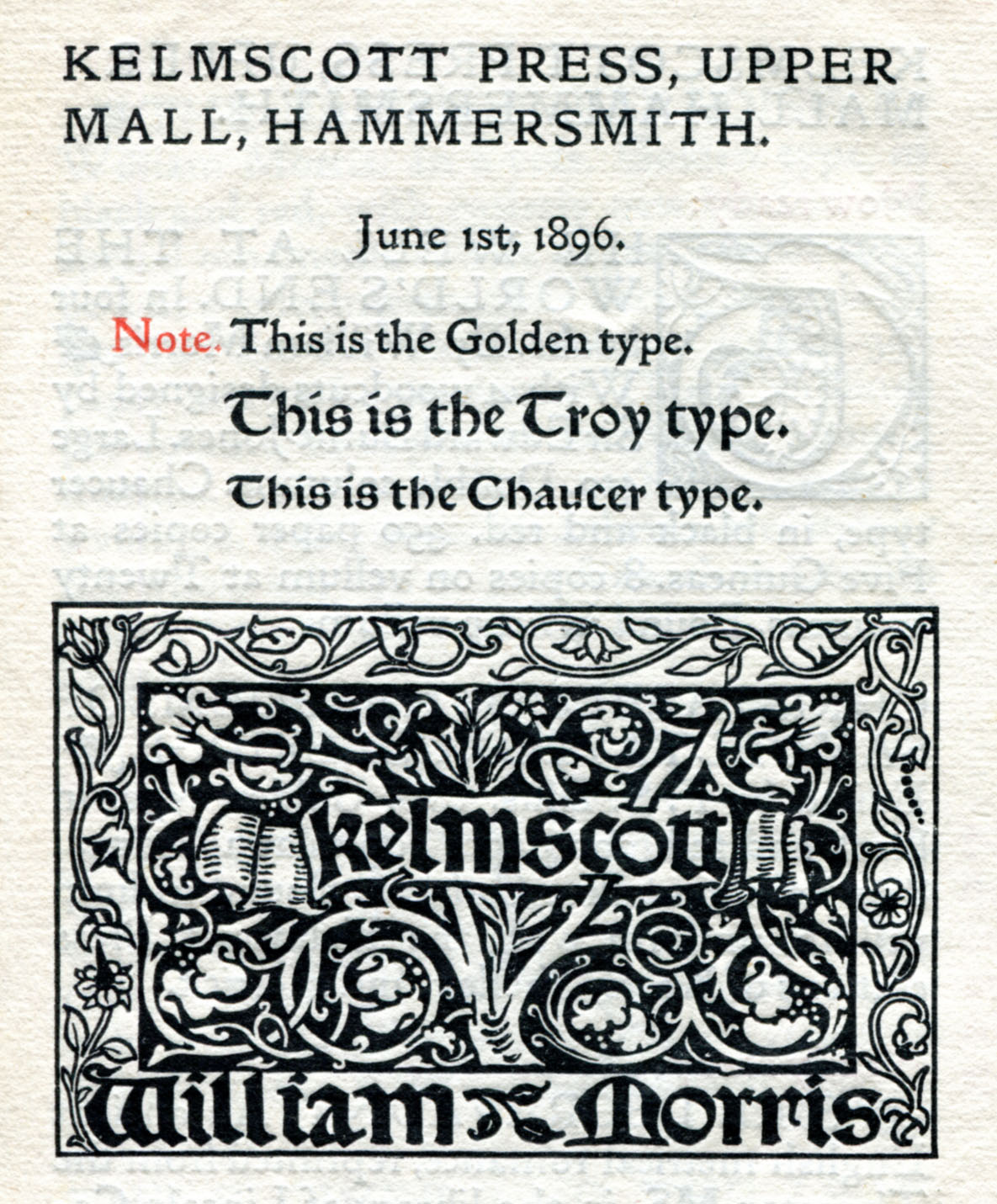