All Games are available in Education, Music and Media located on Bracken Library's Lower Level. 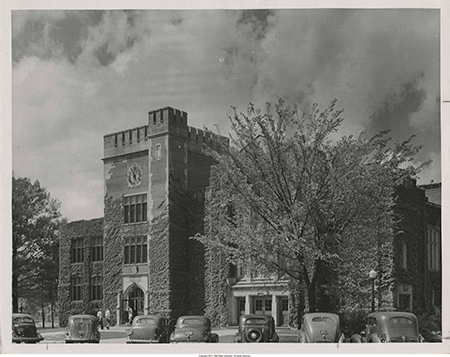 Ball State University Libraries have a wide variety of games designed to educate and entertain.

Use the Tabs to the left to navigate through this guide to discover the Games available at Bracken Library.

All Games are available in Education, Music and Media located on Bracken Library's Lower Level. 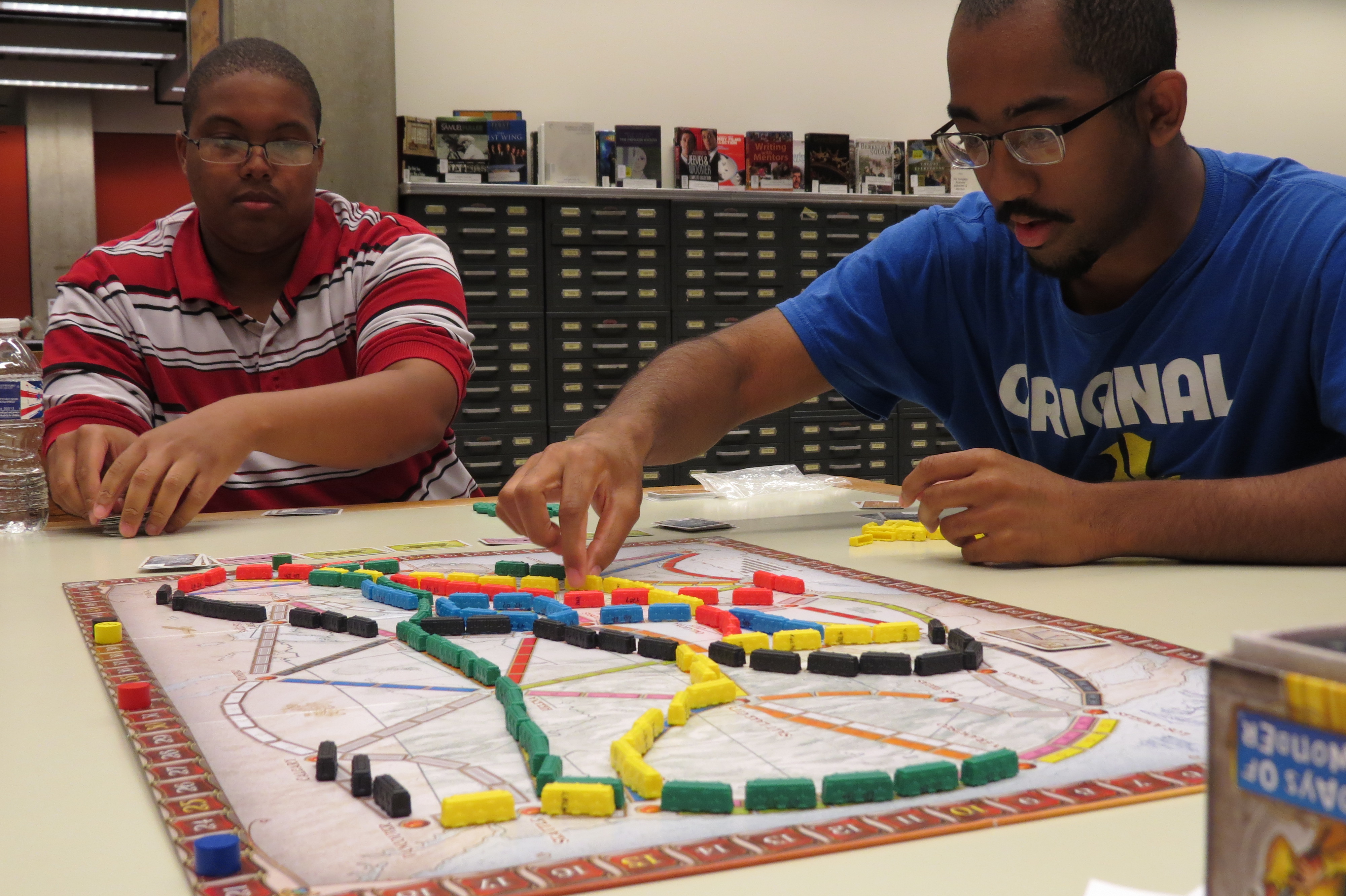 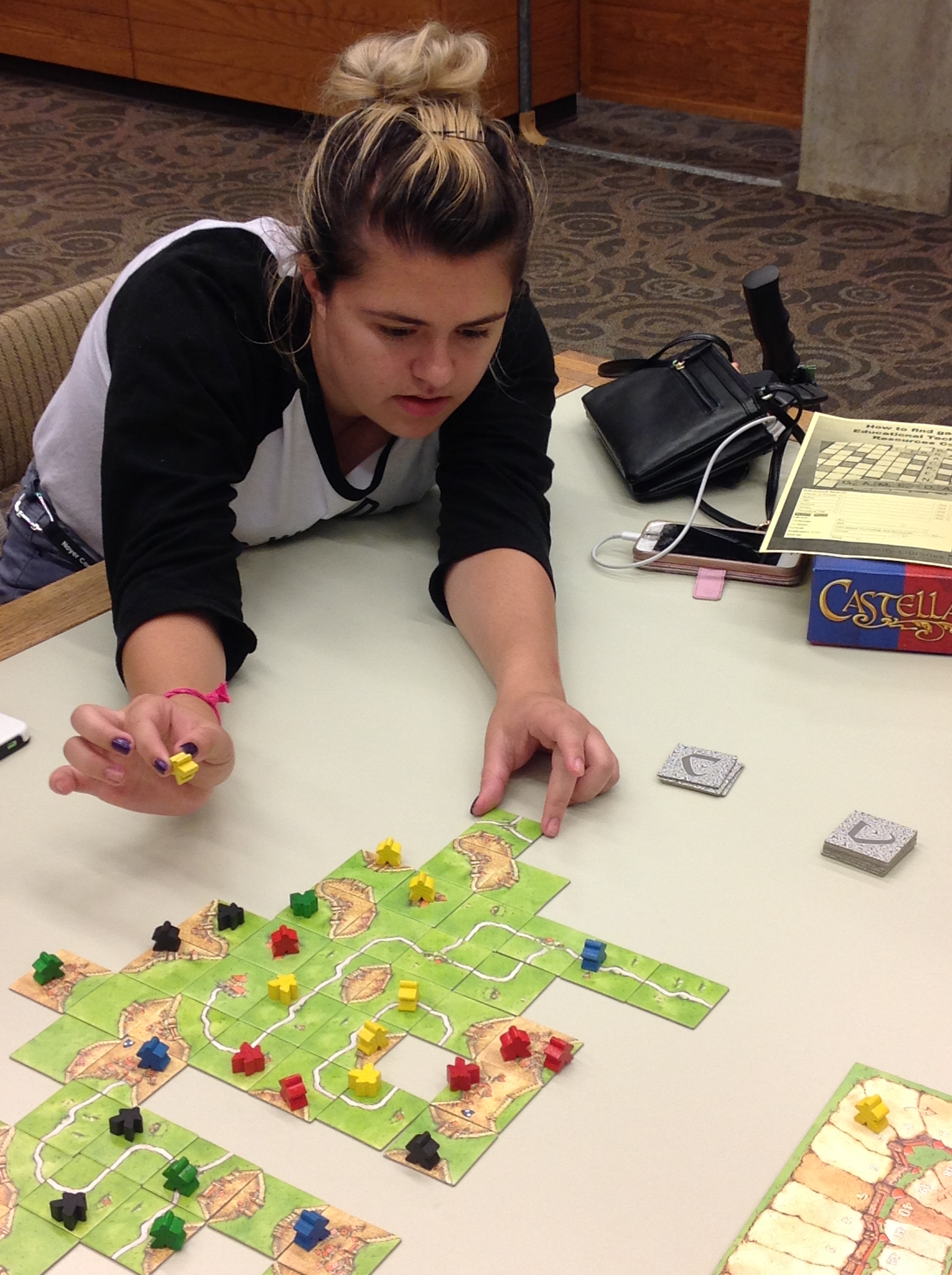 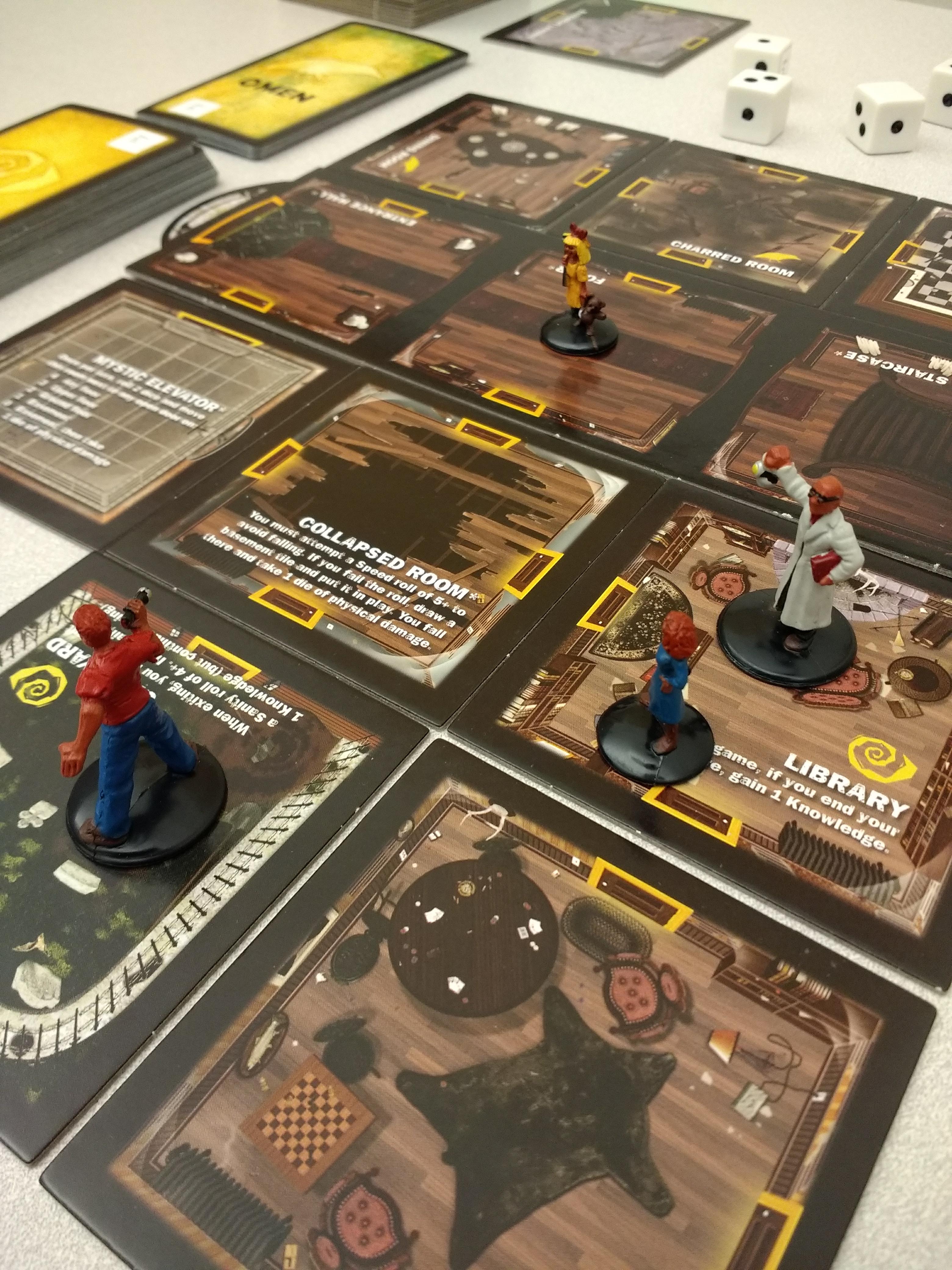 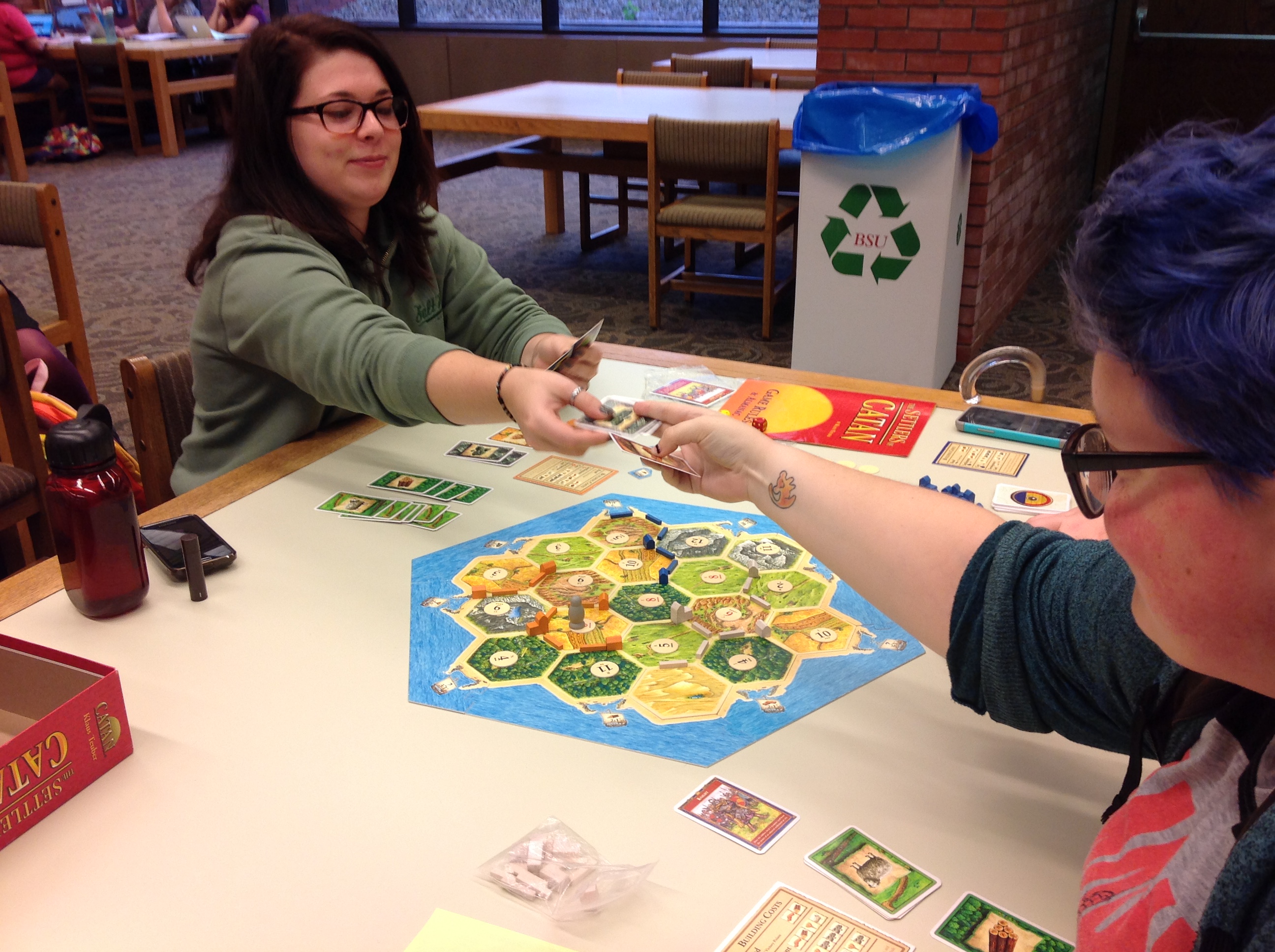 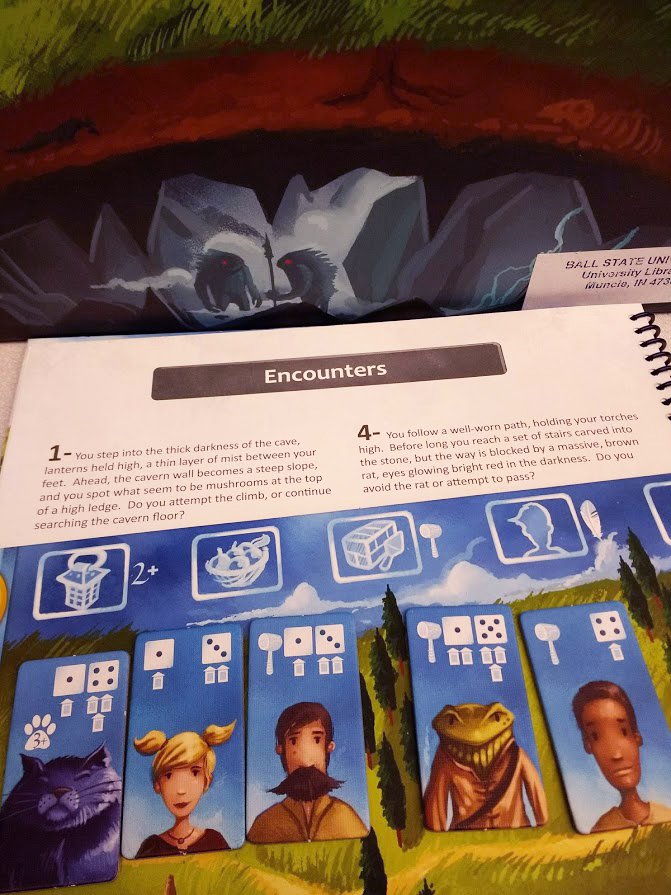 Friday Night Cardboard is a “mostly monthly” series of board game events presented on Bracken Library’s lower level from 6:00 to 8:30 p.m. on the third Friday of every month when Fall and Spring Semester classes are in session. A selection of tabletop games from the University Libraries’ collection are available, and one featured game is taught by the librarian who hosts the events, Joseph Roberts. Participants are welcome to bring a game of their own to share.

Although in-person Friday Night Cardboard events are suspended for Fall Semester 2020 as a COVID-19 mitigation measure, we are still featuring a game each month. Check out this month's game spotlight just below!

Travelling to the past is tricky business. Get hit by your grandfather's car just once and you'll have to hatch a scheme to make sure your parents fall in love at the Enchantment Under the Sea dance. Marty McFly pulled it off, but what if there had been multiple Martys from different alternate realities, all trying to get different couples to fall in love? What if there had also been several bands of dwarves amassing loot and artifacts from different times, after abandoning their jobs repairing spacetime? What if there had also been numerous pairs of T-800s and human resistance soldiers bent on the assassination or survival of various historical figures? And what if their objectives were mutually exclusive?

If you had all of that, you would have something like Chrononauts, a game in which one to six time travelers try to return home to their unique realities by altering a shared timeline. 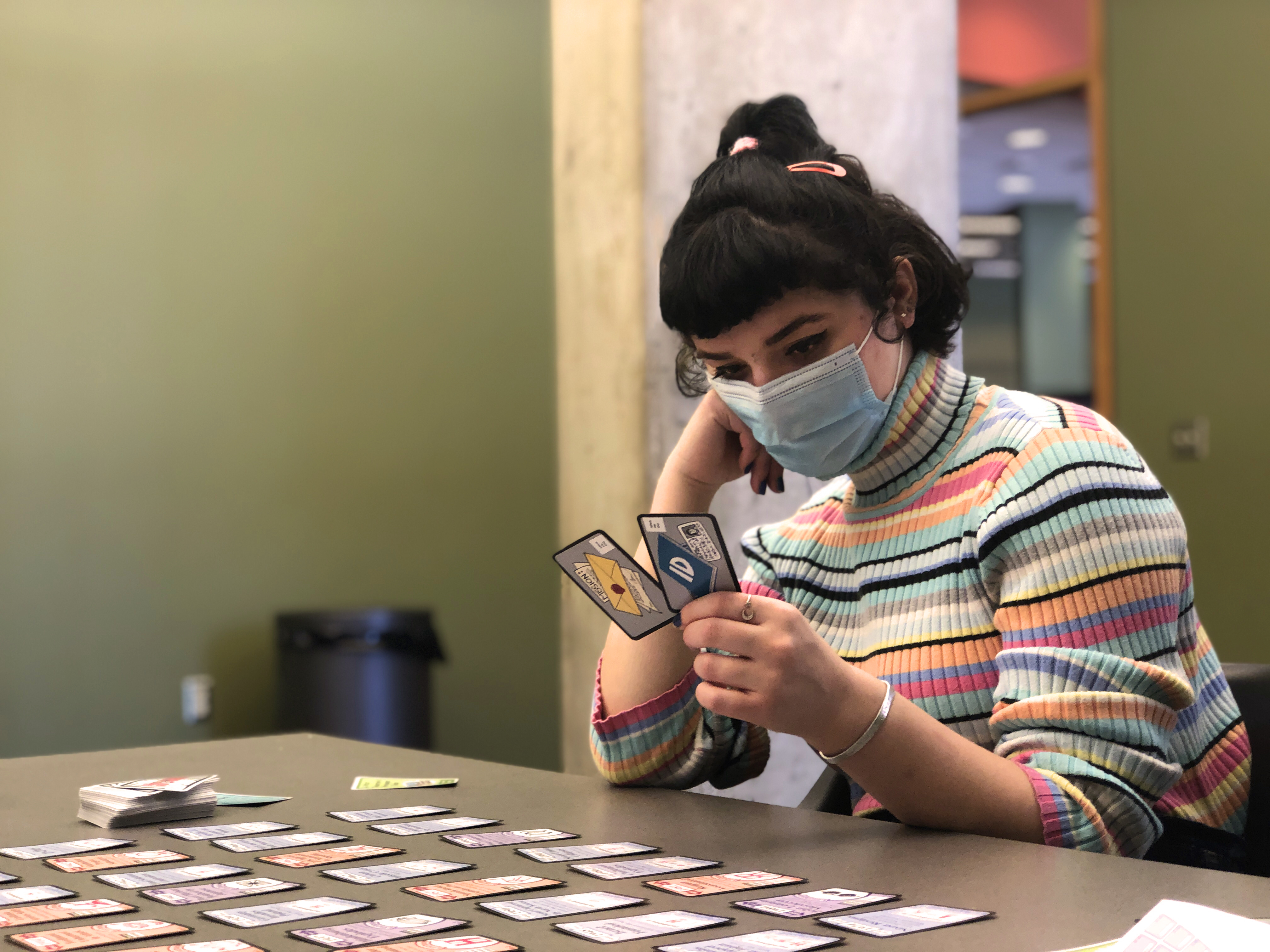 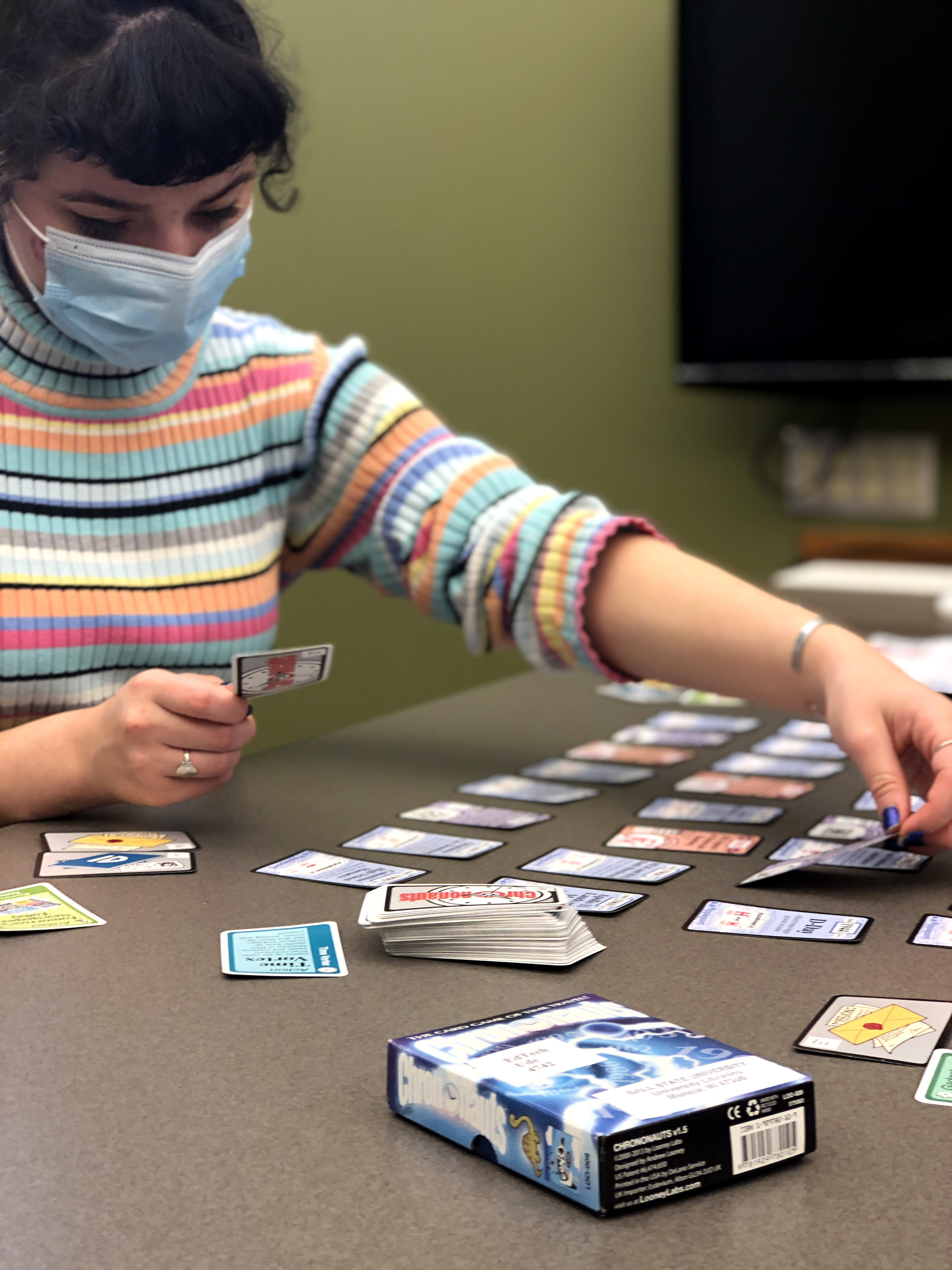 At the beginning of the game each player is given an identity card, a mission card, and three additional cards from the draw deck. The first lists three events that can appear on the timeline, and the second three artifacts the player can acquire during the game. Thirty-two timeline cards are arranged in chronological order, depicting a series of historical events as they happened in our world. On their turn, each player draws a card from the deck and then plays or discards a card from their hand. If they discard, they can optionally discard another card and replace it with one more from the deck. Playing cards changes the timeline, causing some events to occur differently, which can create ripple effects that alter subsequent events.

A player wins on the end of their turn if all the events on their identity card are on the timeline or if they have obtained and played all the artifacts on their mission card. A player can also win if they acquire a hand of ten cards (not including their identity and mission cards). The game can be played in about a half hour to an hour.

Like all the University Libraries' games, Chrononauts can be borrowed from the Education, Music, and Media desk on Bracken Library's lower level. Ask for it by the number "UDC 4742."