On the library's home page, locate the OneSearch search box and enter the terms of your search. It is advised to use one or two-word keywords linked together by "and," as seen in the picture below. 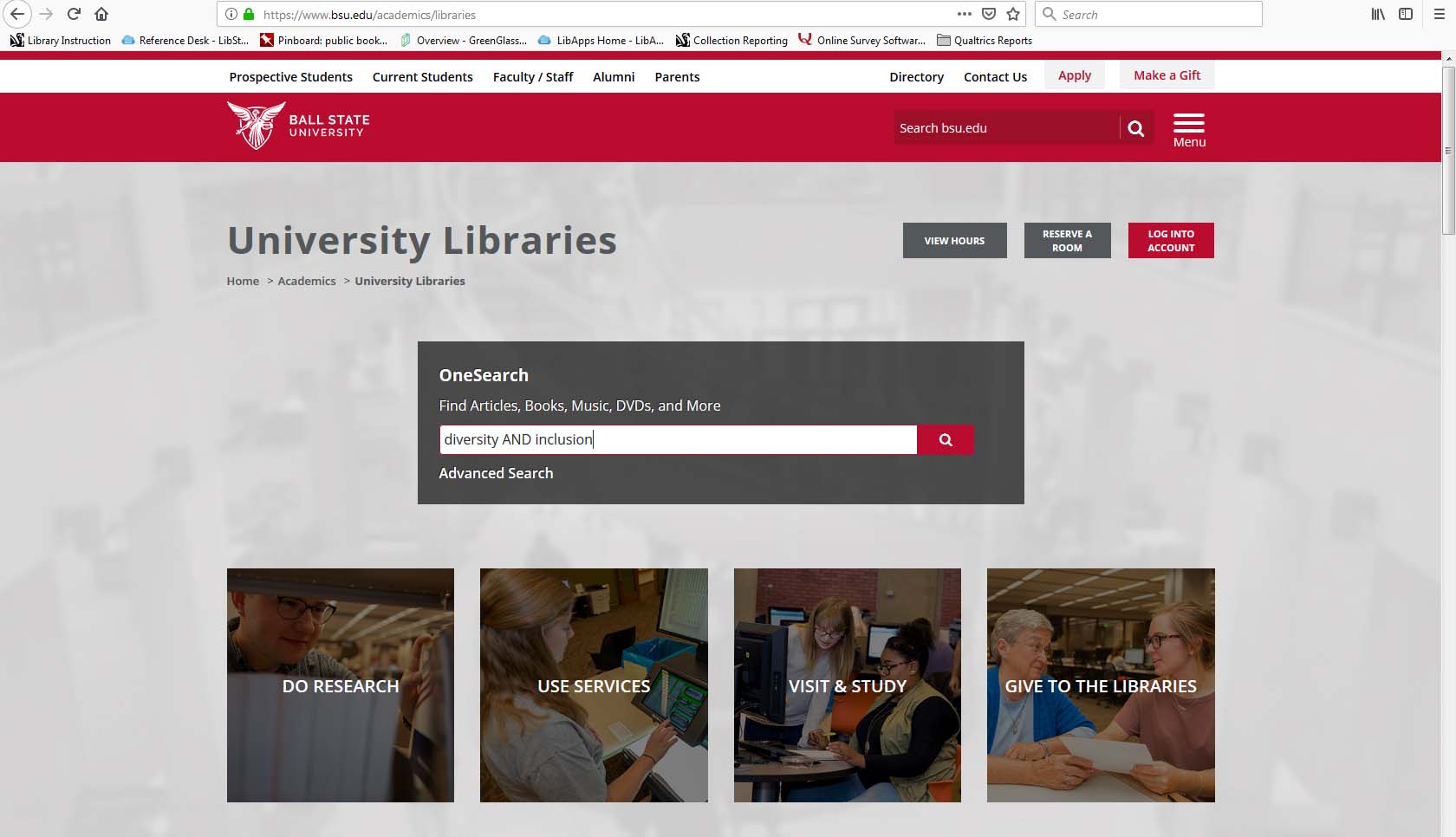 To access full-text articles, select the limiter on the left side of the page that reads "Full Text Online," and the limiter that reads "Journal Article," as indicated by the yellow arrows in the picture below. 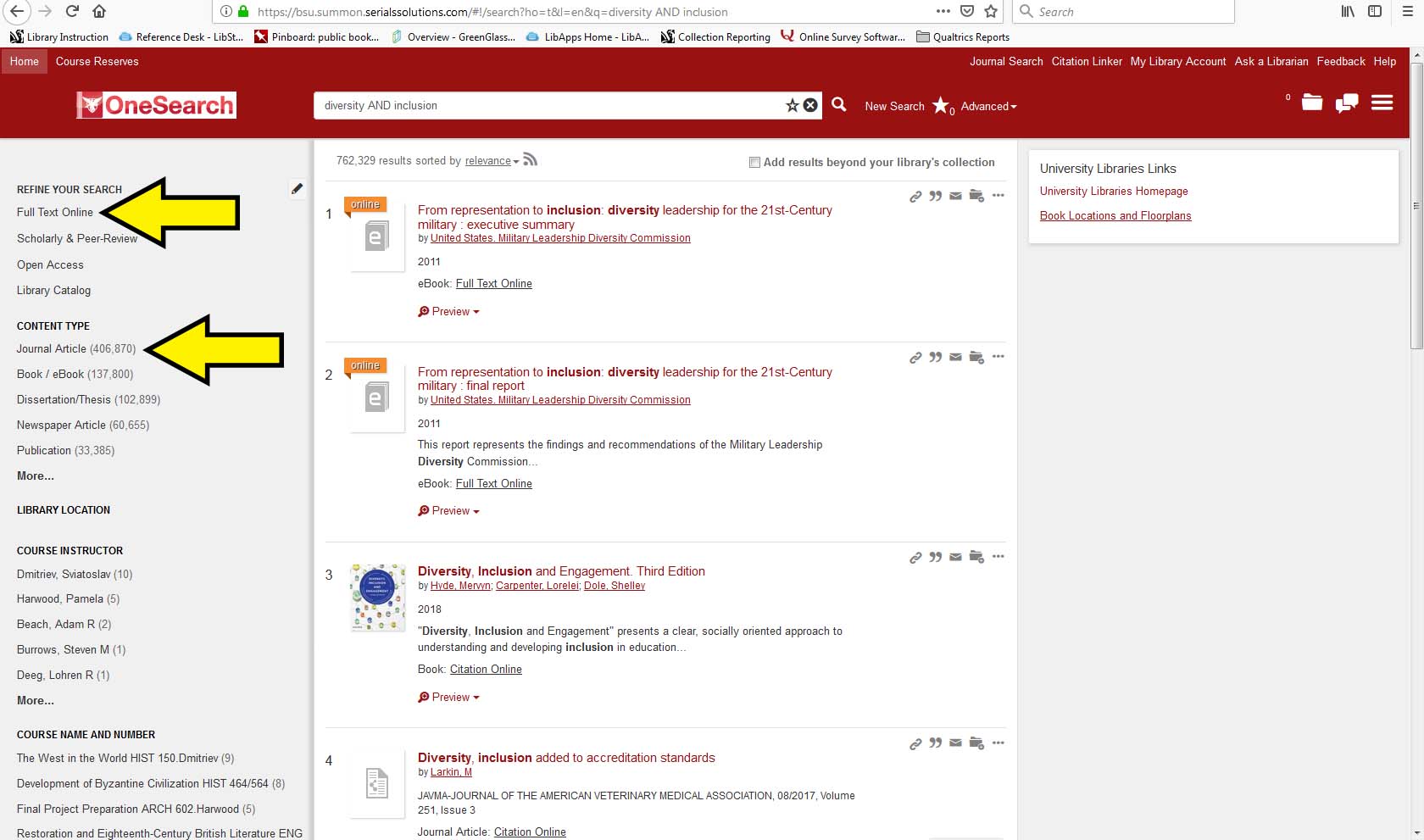 You can find scholarly articles and resources on diversity and inclusion with some of these databases: