Music styles of African Americans from colonial times to the present

The Dictionary of Black Composers, edited by Samuel A. FLoyd, Jr., is an 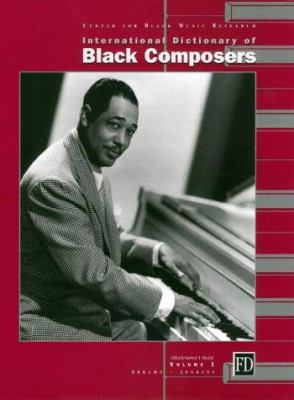 Use OneSearch to find books and articles about these composers:

In the 1920s, artists and writers in Harlem produced works of art celebrating the African-American experience and culture.  Although jazz was taking hold in Harlem at the time, spirituals were more important to composers of the time than jazz idioms.   Howard University professor of philosophy, Alain LeRoy Locke, one of the most influential writers of the time wrote about the arts and about music:

Music and the Harlem Renaissance

For more books on the Harlem Renaissance, search this subject in OneSearch:

See also:  "Harlem Renaissance" in The Grove Dictionary of American Music, 2nd edition (Log in required from off campus)