Sociology resources at Ball State University Libraries. You can access this guide directly by going to http://bsu.libguides.com/sociology

Finding books about a topic in OneSearch

You can start looking for books about a topic by using OneSearch's basic search on the University Libraries' homepage. 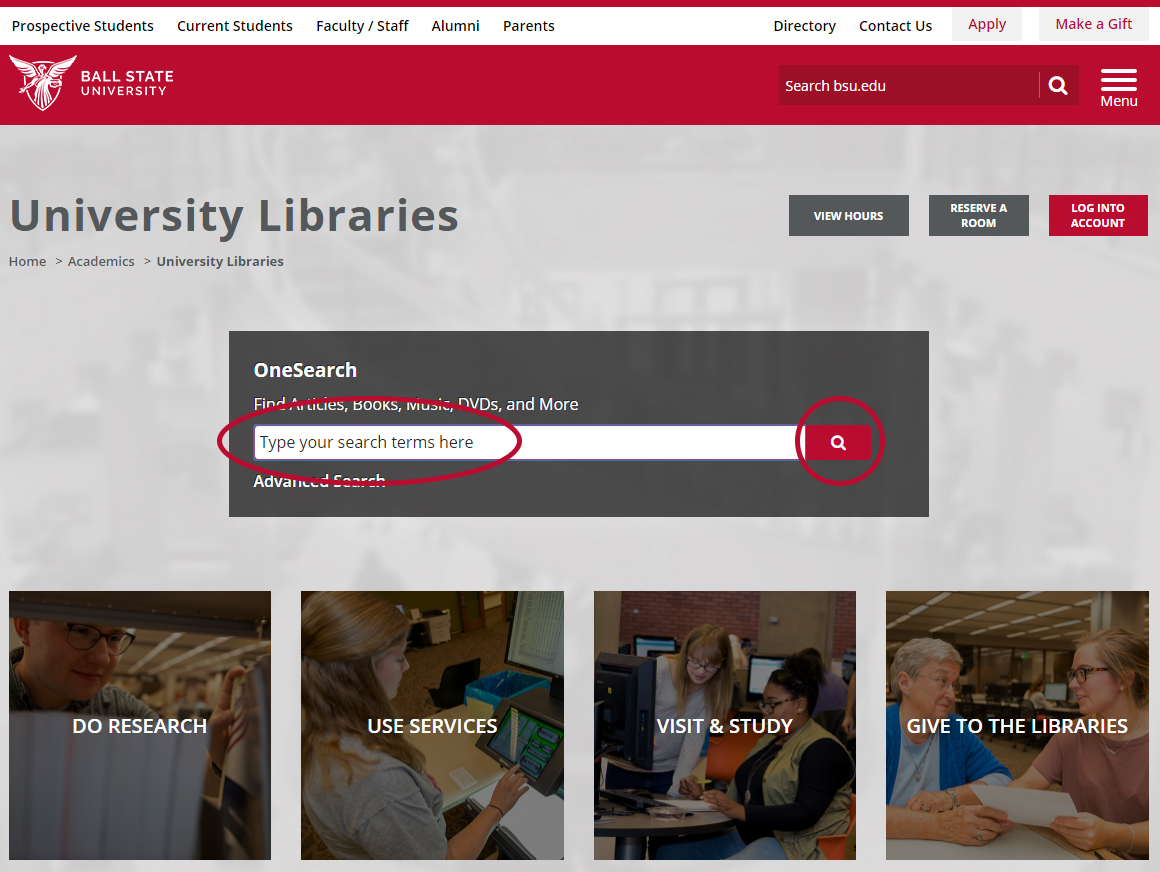 A number of filters are available in the column on the left side fo the results page. Near the top of this column, find the "content type" filter and click "book/ebook."

The results will include both printed and electronic books. Electronic books are denoted with an orange "online" ribbon that appears on their book cover icons. Printed books will have a book location that includes a library and call number.

You can optionally continue refining your topic search using other filters in the left-hand column, such as "discipline" and "subject terms."

Finding a specific book in OneSearch

You can find a specific book using OneSearch's advanced search.

Searching by title and author works well for finding a known book. On the advanced search page, type the title of the book you're looking for into one of the text boxes. Change the adjacent pull-down menu from "all fields" to "title." In another box, type the author's name - their last name is usually enough - and change the accompanying pull-down menu from "all fields" to "author." 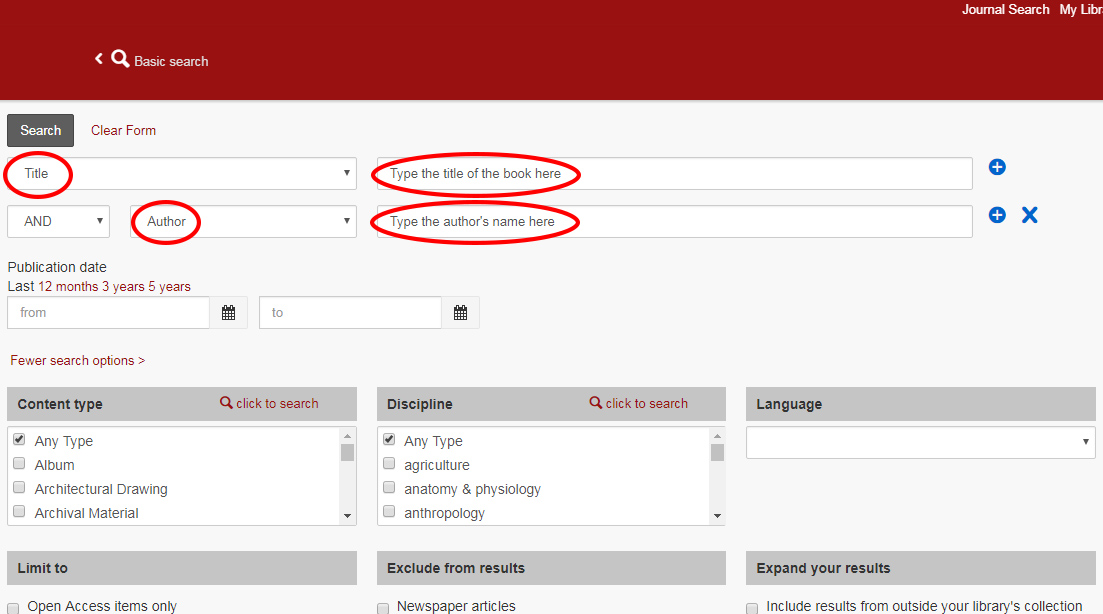 If the University Libraries own a copy of the book you're looking for, it will appear near the top of your search results.

If you do not see the book you are looking for, the Libraries might not have it. A librarian can double check. If the Libraries do not have a copy of the book, you might be able to borrow it though interlibrary loan.

WorldCat allows you to search for books and other items not available at Ball State's libraries. Books will be delivered to the Bracken Library, usually within two weeks. You will receive an email when the books is available for pick up.

For help searching for items in WorldCat, please ask a librarian.